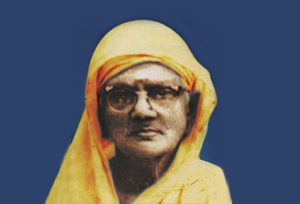 She was born as Krishna Ammal, the daughter of Sri. Sivathanupilla and Muthuramalakshmi Ammal, belonging to a reputed Brahmin family in the district of Thiruvanathapuram. Even as a child she was discontented with the situation of the people around her and she used to give away her jewelry for feeding her poor friends in the neighborhood. She was denied education being a girl and was forced into an early marriage at the age of twelve. She was widowed at the age of sixteen and later turned her interest into educating herself and following Gandhian ideologies of vocational skills. Thus she found tailoring as her area of interest and initiated a new venture, a tailoring center for women. Later she identified the need for having a shelter for the poor and the destitute leading to the establishment of Ananda Nilayam in the year 1934.

Ananda Nilayam is an orphanage for destitute children and widow rehabilitation centre. Education and rehabilitation of destitutes have been a major problem of Kerala, particularly in the city of Thiruvananthapuram. A compelling urge to serve the destitutes was the major driving force that made Matha Prasantha Yogini to think seriously of the possibilities and action plan to support and empower the unfortunate children. 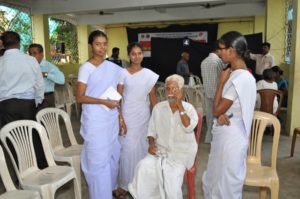